Ah blog, how I have neglected you. It's been a few weeks since my last post on Singapore/Malaysia, and so much has happened. So where were we... crossing the border to Thailand.

You see a marked difference between Malaysia and Thailand as you cross the border. Thailand is not as rich, and you can start to see some evidence of that with the buildings and homes you pass. It's quite common to see a mini Buddha in their gardens, and also a caged bird. I've heard the reason behind buying these birds is that releasing them you gain karma or something; seems rather odd to me as you'd have to catch them in the first places - the guy doing that must have really bad karma.

We took the car ferry to Koh Lanta, the first of my island hopping. My friends dropped me off in the island's small town, and I started exploring to find a place for the night. After various false starts I ended up with a place that included a bed, internet and motorbike for 500 baht (£10) a night - brilliant! I hopped on the bike, stalled a few times, and set off to explore the island. 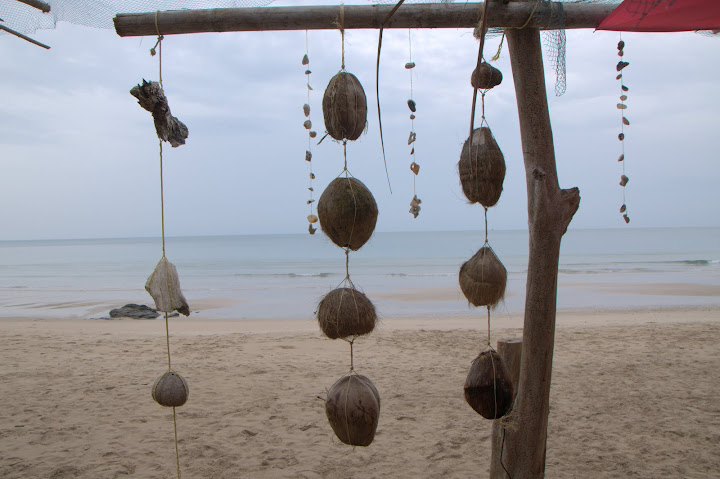 From top to bottom, the trip round Koh Lanta takes about 15 mins around some really spectacular scenery. I found a place called "Best View Restaurant" where I had a great breakfast. Incidentally, legal puffery seems to be rather liberal when it comes to Asia - you can claim absolutely anything. I've seen "Best Restaurant", "Best Hotel" and suchlike. A marketeers dream!

After driving for a while down an off road track towards the island's national park I came across a really secluded beach, I was the only one there, a great place to relax and read my book ('The Girl with the Dragon Tattoo'). The island is really family orientated, and after a few days I took the ferry to Ko Phi Phi for New Year's - more of a party island. 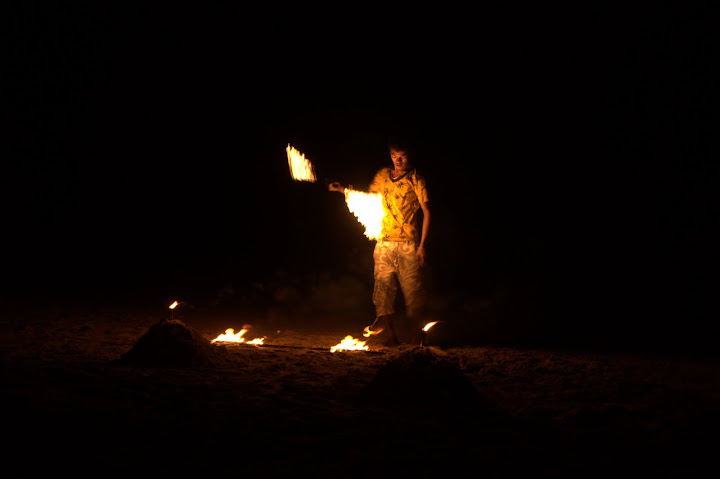 Koh Phi Phi claim to fame is it's where 'The Beach' was filmed. A film I haven't seen, but which I had a friend explain to me - saving a few hours of my life and possibly quite a lot of brain cells. Anyway, it was by far the most beautiful place I'd visited on my trip, and at the same time one of the most fragile - parts ruined by the amount of tourism. The island was devastated by the tsunami back in 2004, but the only evidence of that tragedy now are the numerous tsunami evacuation signs. During the cleanup the Thai government tried to assert some control over the regeneration and buildings - evidently that failed as the town is a sprawling mass of alleyways and touts trying to sell their merchandise. The local mafia runs the place, and price fixing runs rife. 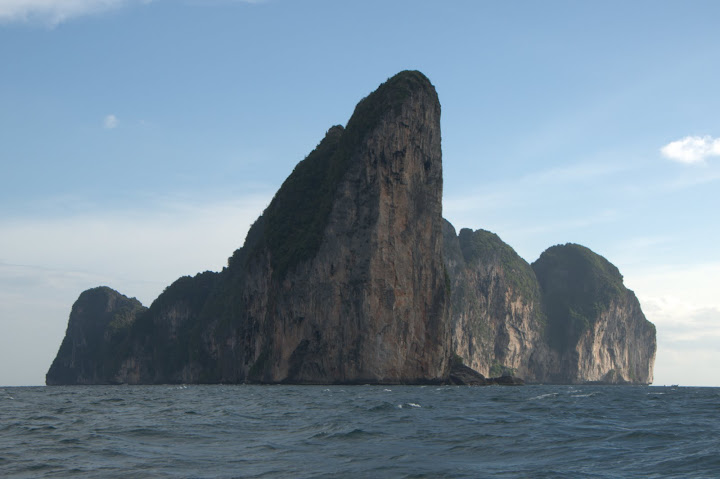 I found a backpackers called "The Rock" which was well reviewed on the internet. I can honestly say it had the most disgusting facilities I'd seen, but for 200 baht you can't complain. As one message on the wall put it, "Don't use the showers, seriously, just use the the sea". However, all that was forgotten due to the great people I met staying there. The walls are covered in lurid, sometimes witty graffiti which gives the place some character. As you walk up the stairs a sign reads "Welcome to The Rock (in Sean Connery's accent)". 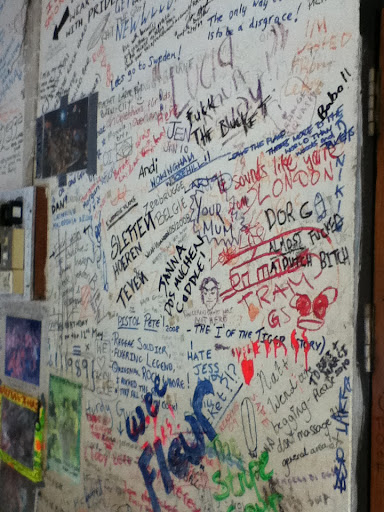 The Thais truly are a nation of shopkeepers as I guess their economy completely relies on tourism - however, with just a short walk you can get up into the hills and away from the crowds. I spent a day hiking around, trying to get a feel for the place and its scenic beauty. Eventually I ended up at Long Beach, and swam out to a bunch of rocks where some snorkelers were sitting. As I got there one of them said to the others, "All clear; the sharks are gone". What @$!! Sharks? He pointed to the place I'd just swam through - "over there were two circling". I guess Lady Luck was looking out for me that day. 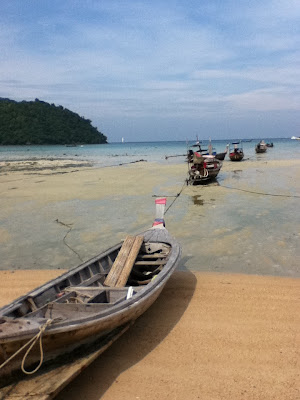 The next day I took a canoe with some friends out to some cliffs for a bit of jumping. I'm pretty sure the canoe was only designed for two people, and as such we took on rather a lot of water. All part of the adventure! The cliffs were pretty high, I think about 12 meters, and I'm glad to say I didn't chicken out. We lazed about in the canoe the rest of the day - perfect! 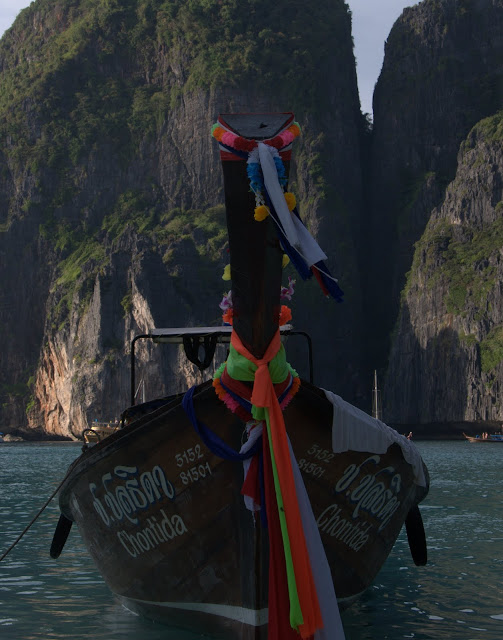 And then it was time for New Year's eve. The party slowly escalates into a crescendo around midnight, with dancing, fireworks and of course lots of drinking. The beaches were completely packed, even the sea, and in all I heard about ten thousand people were on that tiny island. As you walk along the beach you have to be careful of the discarded bottles and dodge some of the lit rockets haphazardly placed in the sand. All in all, a pretty amazing place to spend New Years. 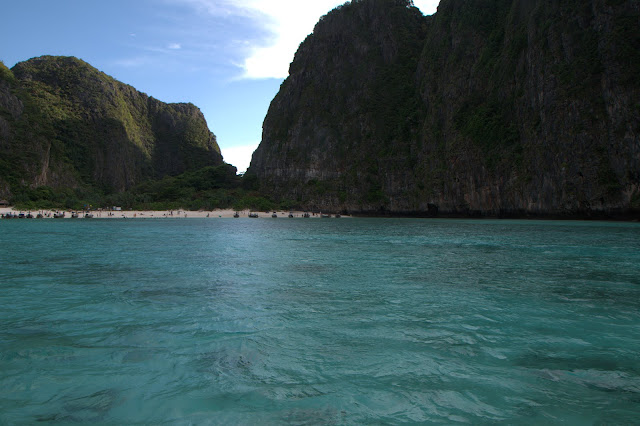 On my last day a friend, Marta, suggested we go to the south island which is meant to be uninhabited and really beautiful. We found a long boat, some scots to split the price with, and sped off towards Phi Phi Leh. You can see why it was chosen as a film location - its quite spectacular with sheer cliffs towering out the sea and hidden coves. I got the feeling that if only you were able to scale those cliffs, you'd find Jurassic Park waiting for you on the other side. The water is crystal clear and really warm, quite literally warmer than the showers back at the hostel. We did a brief bit of snorkeling and sped back to the main island as the sun set. 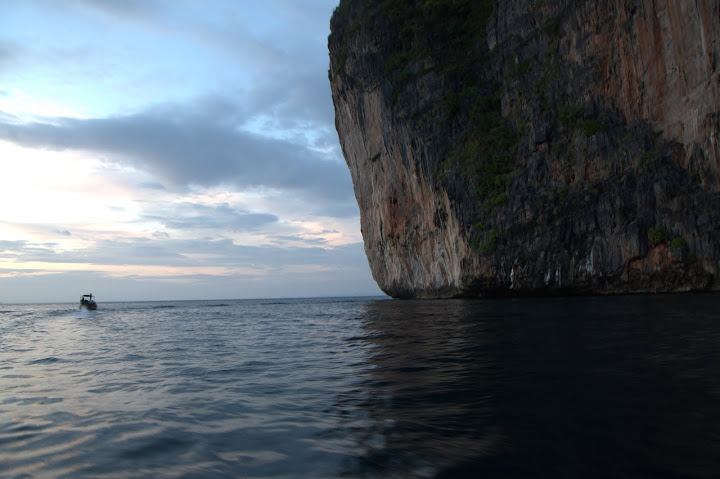 So my time on Thailand's islands was over. I stopped off in Krabi briefly on the way to Bangkok, exploring a lot of the recommended restaurants and famous temples, and the next day got on the night bus to the countries capital. Bangkok is a hub of activity and the streets are ram packed with tuk-tuks, scooters and taxis. Crossing the road was quite tricky, I usually followed the orange monks who, I figured, were unlikely to be run over. As a gullible tourist, you have to keep your wits about you - more than once I was ripped off by a taxi driving in circles. Marta and I stayed in the best hostel I've ever come across called Lub d, near Silom road. If you're every in Bangkok, I highly recommend staying there. If I'm ever designing an office, I think I'll steal their interior as it's so well done; reminds me of Twitter's offices, I only regret not taking any photos to share with you.

Bangkok has numerous spectacular temples, if a little gaudy, and we set off to explore some of the bigger ones. We checked out the Big Buddha, a massive golden statue of the reclining Buddha. Along the temples walls were a whole row of pots with a lot clueless tourists popping coins into one pot after another. What was really amusing was an old women, following the tourists, with a large trolley. She preceded to tip each money pot onto her trolley - blatant profiteering that the tourists were doing their best to ignore. Outside were more tourists hitting their heads with plants. It must be pretty amusing to the Thais. Maybe I'm being a bit cynical, but if I was Thai I'd go to a temple, hop on one leg, and see how many tourists I could get to copy me. 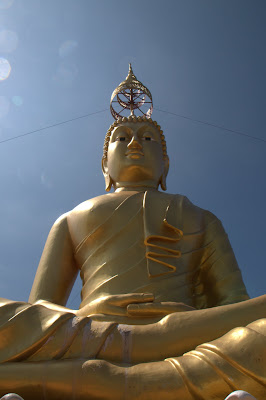 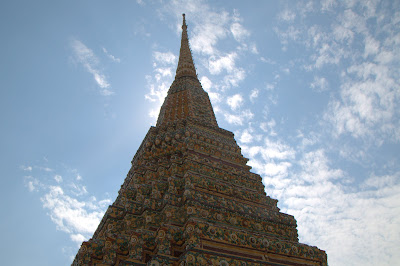 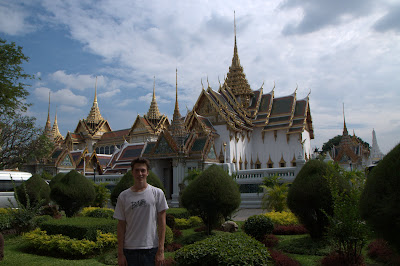 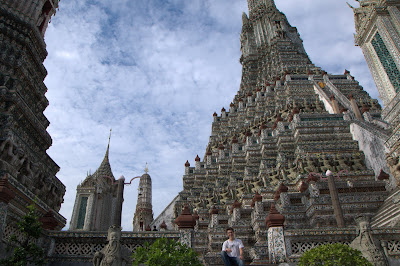 Anyway, aside from the tourists, the temples were pretty amazing - like nothing I'd seen before. Far more exciting than our dusty cathedrals. After our intensive temple filled day, we went to a restaurant called Bo.lan - expensive but exquisite food. We finished off the evening with a cocktail at Bangkok's SkyBar located at State Tower. If you're ever in the city, it's a must-see, the view at night is breathtaking.

It was at Lub. D that we met David and Alvaro who were to be our traveling companions for the next few weeks in Cambodia. They looked like they knew what they were doing and I was keen to find some people for Cambodia's border, which is apparently a bit dodgy. We took the coach to the border with Cambodia where the adventure continues!

For the full photos, check out the Picasa web album.