I took the short flight from Hong Kong to Singapore, arriving at dusk. I'd arranged to stay with some family friends for a few days, and being the cheapskate I am, took the train and walked. In fact, my finances are pretty healthy, I'm way below my estimate of a £1K a month - although I have a feeling some of the countries later in my trip will be much more expensive. So in retrospect not taking the taxi was probably a mistake, something I realized as soon as I stepped of the train. While it's 'winter' in Hong Kong, Singapore has a completely different climate - it's really hot and humid. By the time I'd arrived I was soaked!

Winston's place was magnificent, a huge flat with a very modern and minimalistic design. I feel so fortunate for the various friends I've stayed with while I've been traveling; Winston's family were incredibly hospitable. I had a quick swim in the deserted pool, and joined them for supper where I learned a bit more about Singapore.

My ignorance regarding most of Asia is quite embarrassing, and apart from quick look at Wikipedia I hardly knew anything about Singapore. Like Hong Kong, Singapore used to be a British colony before it gained independence in 1963. The place is much more of a melting pot than Hong Kong, you have Malays, Chinese and a lot of westerners and expats. Some parts seem very european, and when you're walking past some of the riverside restaurants, you could well be in France.

Although Singapore is a democracy, the same party has been in power for 51 years. This is largely because Singapore has been so successful, it's the 15th richest country in the world (GDP per capita) - yet it's about the same size as the Isle of Wight. Nobody wants to rock the boat. The country has low crime rates, good healthcare (if you can afford it) and seems like a pleasant place to live. The caveat being that the environment is fairly controlled, for example striking is illegal. If you can live in those parameters though, you shouldn't have a problem. 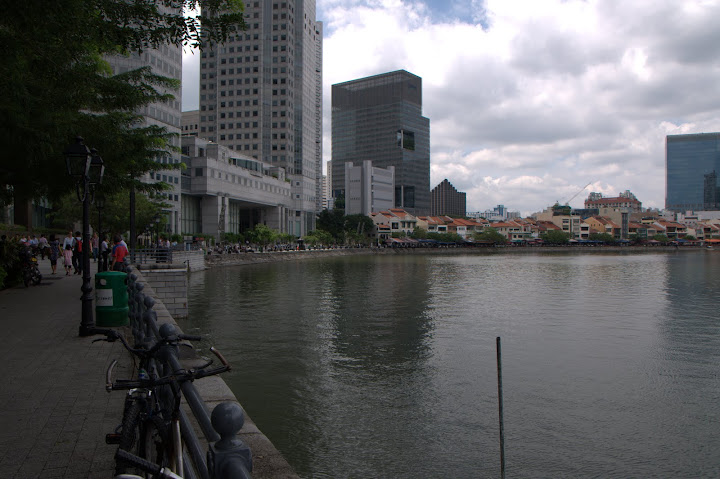 I was only in Singapore a few days, so I had to make the most of it. I took the MTR to the far end of the city, and spent the day walking back - getting a sense of the place. Like Hong Kong, the island's small, but the population density is far lower. It's also pretty materialistic, everybody is after a bigger apartment, or a shinier car - even though they cost a fortune to run. That mindset seems to work for the economy though, which has completely rebounded from the recession.

We spent the evenings eating out (everything is so close), and had some really interesting conversations about education - inspiring me to pen a few thoughts.

The train to Malaysia is run by the Malayans - in fact the track and platform are actually part of Malaysia. You have to pass through customs to get to the platform. The station itself is quite a site. I regret not taking any photographs, but it's a big building, flanked with statues - which I'm told are made of rubber due to its accessibility in the region. The ride to Kuala Lumpur takes about six hours and is quite spectacular - going through rice paddies, swamps and plantations. 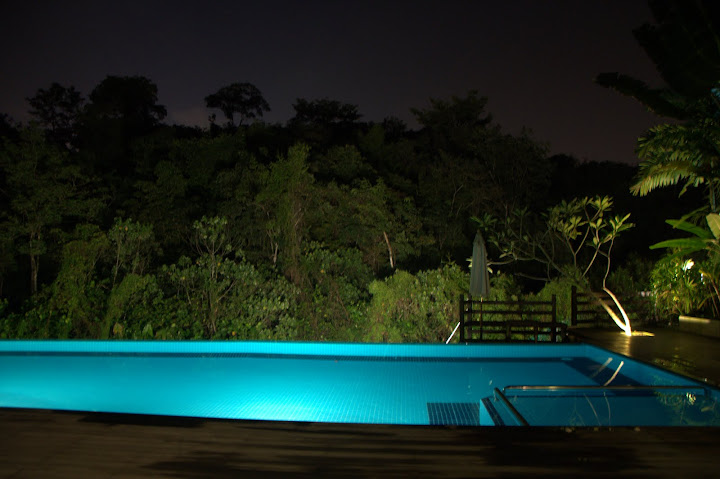 Christmas was spent in Kuala Lumpur with some family friends. It was great to be amongst a family over Christmas, and I felt quite at home. There were even some presents for me under the tree! At the end of the garden was a full fledged jungle which someone had hacked some paths through. We explored and managed to return relatively unscathed! I'm sorry to admit I didn't really explore KL - as I so exhausted and needed Christmas to recuperate.

We took the car up to the island of Koh Lanta in Thailand, where the adventure continues. 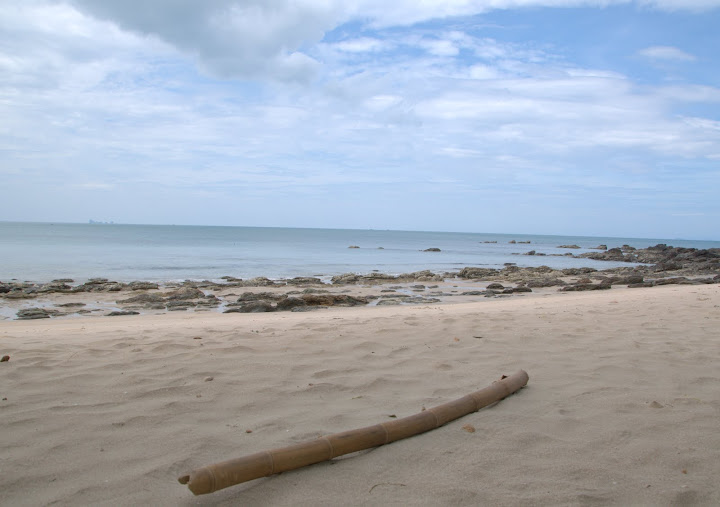