Flying into Hong Kong is best done at night, you see a beacon of light in a sea of darkness slowly increasing in brilliance until you finally get a glimpse of Hong Kong's skyscrapers. The airport is on a man made island, just offshore and is a feat of engineering in itself. It's absolutely massive, I could barely see the other end of the baggage isles, and completely white and clean. There are various desks marked "Health check" where banks of monitors connected to thermal cameras were checked in an attempt to stop bird flu entering the country. I took the underground train connecting the airport to the rest of the city.

The trains are just so superior to London's tube network. They're about twice as wide, all the carriages are connected and the service, well, just works. Before I started traveling, I just assumed that all tube networks had delays to "widen out the gaps", or problems with the "stop signs". In addition, monthly strikes and bad weather can paralyze London. No such problems in Hong Kong and Singapore, primarily I imagine because their networks are much newer. The signs are very obvious and well designed and, although nobody I met seemed to speak any English, I found my way to the hostel very easily. 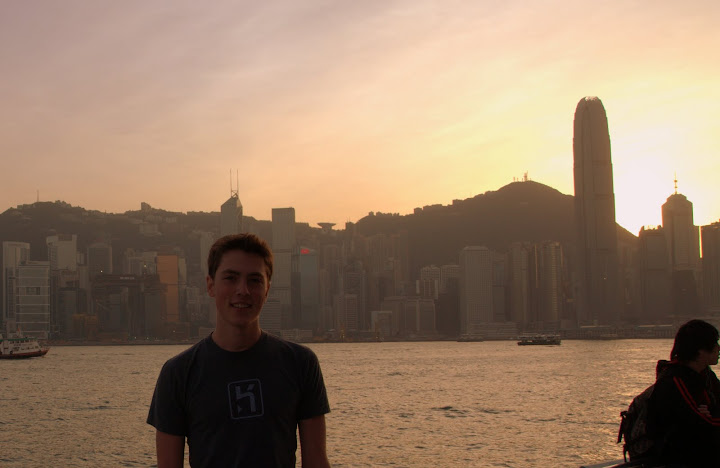 The first thing you notice about Hong Kong is space, or rather the lack of it. Unless you live in one of the very wealthy districts in the south of the island you won't have a house - everybody lives in high rise blocks. No space is wasted, if a shop is being built, then a high rise is built on top of it. The apartments are smaller than Manhattan ones, and every bit of space is utilized. There's no separate loo and shower area - you simply shower in the same space. Ikea is very popular out in Hong Kong, as they're rather good at utilizing as much space as possible.

The second thing you notice is the surrounding scenery - 70% of Hong Kong is national parkland and is absolutely ideal for hiking. The scenery is stunning so on my second day I took a friends advice and travelled by ferry to Lantau, one of Hong Kong's many islands to see the 'Big Buddha'. Whenever I'm in a new city I always ping the local 'Ruby' group, and it was through this that Alex, a german entrepreneur joined me. The Big Buddha was built out of bronze in the early 1990s. It stands 34 meters tall and is quite a tourist attraction. I chuckled inwardly at the commercialism of the place as even in the base of the Buddha were shops selling snacks and souvenirs. Keen to get of the beaten trail and away from the tourists we took a track up the hill called the Spiritual Walk. I'd read about a hiking trail that would take us all the way back to the station which we dually found and started plodding up the hill, or rather mountain! Two hours later, and about a thousand meters up, we were at the summit - absolutely exhausted. The view though was absolutely magnificent, well worth the climb - even if it was in flip-flops! 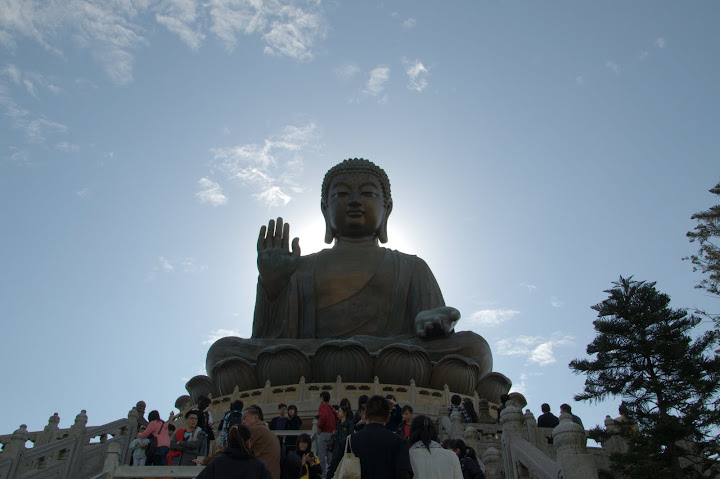 Hong Kong was like nothing I'd every experienced before, I'd never been to Asia, and the contrast between it and South Africa was huge. For the first few days it almost felt like one of George Lucas' alien worlds, and I stuck out like a swore thumb - this tall westerner with accompanied by a massive red backpack. Then I started to get into the swing of things, greatly helped by moving out of the hostel into a couchsurfing place, owned by local girl called Alice. When I'm traveling to a place I rarely read the Lonely Planet guides, I much prefer to ask for advice from fellow travelers and ideally locals. In fact, if you're ever going to get a real taste of Hong Kong you'll definitely need someone who can speak Cantonese and knows the local places. I was really fortunate in this regard, as both Alice, Flora and Kitty guided me round the city, exposing me to different foods, drinks and venues. 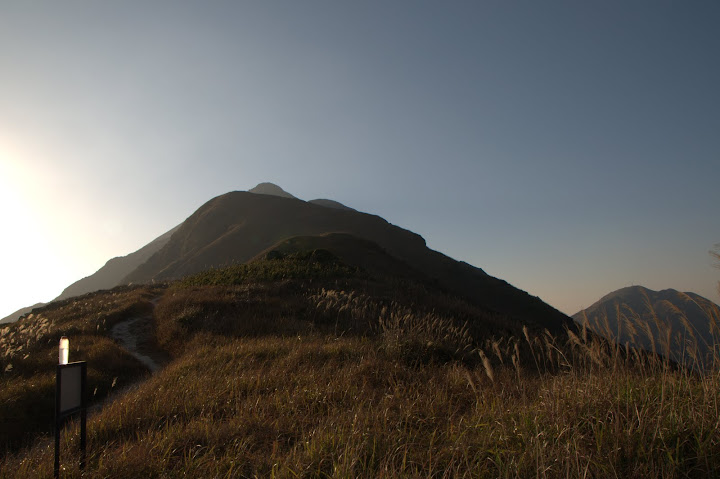 I spent a few days in Hong Kong's boot.hk - a co-working space for startups filled with interesting people. I was teaching Alex (senior) a bit of Ruby on Rails for a startup idea he was working on, but I have a feeling I went too fast. Teaching is certainly a skill, just because you have the knowledge doesn't mean you can impart it easily. It's "The curse of knowledge" - the difficulty with being able to un-think what you know and putting yourself in a beginners shoes. However, I think I gave Alex a good start, the right pointers, and confidence in his own abilities to develop the startup himself. All the best of luck to him, it's certainly a useful idea! 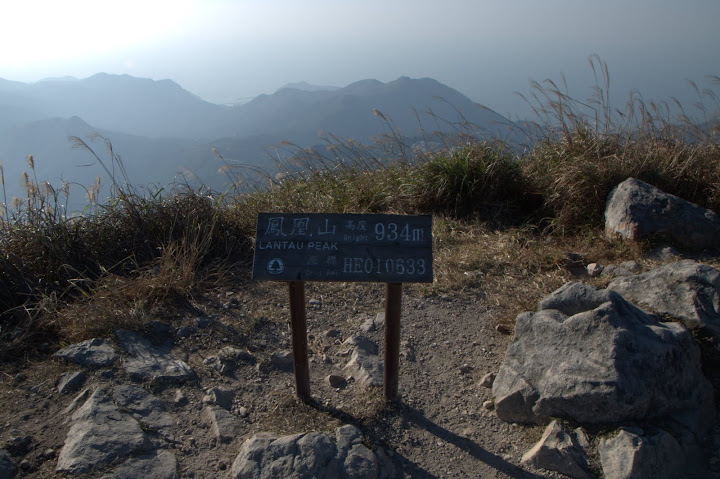 There was a Ruby meetup, and I knew a few English friends who were attending, so I volunteered myself for a talk on Juggernaut. It was preceded by a very good talk about 'cool' code, various bits of code that were interesting due to historical or computer scientific significance. Parts of the code that powered the Apollo landings, inspired languages and enabled computer science breakthroughs were shown. That day I got a glimpse of some of the earliest geniuses behind modern day computing - we certainly are standing on the shoulders of giants.

Consumerism is completely engrained into Hong Kong culture, and I've never seen that many shops (or that many shoppers)! Personally though, shopping isn't my cup of tea. Don't get me wrong, I'm a capitalist, but there's something about a minimalistic lifestyle that appeals to me. I find too much clutter in your life clutters the mind. As such I'm quite happy living out of my backpack with my '100 things'. Perhaps that'll change in the future; I'm not sure but I rather doubt it.

A 21st birthday has some significance, and usually involves a big party. Mine was definitely going to be different, in a foreign city, surrounded by new friends. In the end it was an absolute blast. I joined a pub crawl, organized by a Kiwi who, during the day, was a geography teacher. We went to some interesting and kooky pubs, bars and clubs - and I'm fairly sure I drank far too much. Anyway, a night to be remembered! 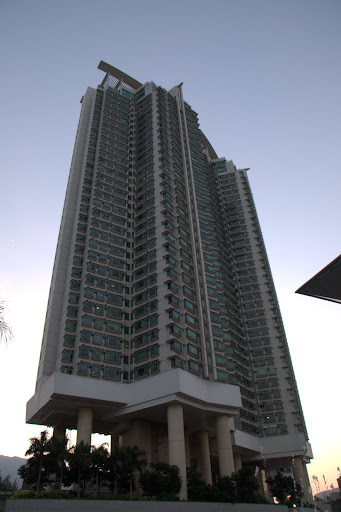 As you're walking around Hong Kong you'll notice the models in the bill boards are mostly Caucasian, or at least their skin was lightly colored. You'll see adverts for whitening face creams and even surgery. I just thought it was interesting that people in the west are all trying to get tanned, while it's quite the opposite in Asia. I guess everybody just wants to be different.

The last few days were spent doing more hiking (The Dragon's Back), catching up with some old friends and seeing the real side of Hong Kong. Alice, the girl I was staying with, must be the hardest worker I know. She works the night shift three days a week at a local veterinary, and then switches her body clock halfway though the week to work the day shift - even over the weekends. This gives you an example (albeit impressive) of the work ethic you'll find throughout Hong Kong, Singapore and parts of Asia. For the time she spent working though, she definitely made up partying and staying with her was good fun! 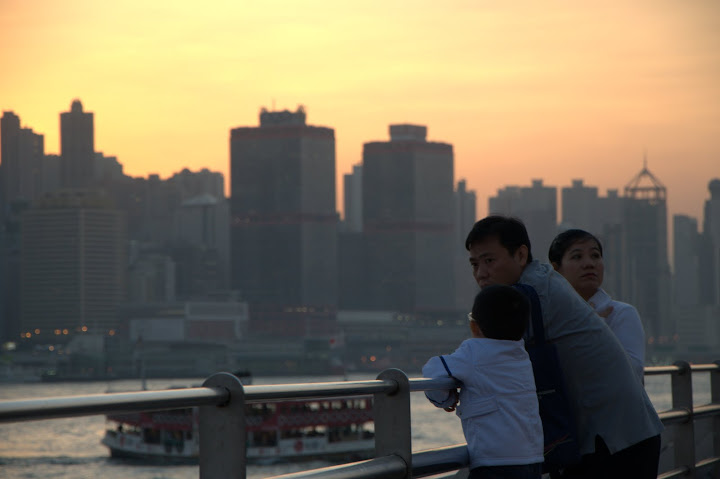 I went with Kitty to try some Dim sum, a type of Cantonese food that seems to be part of Hong Kong's staple diet. You start by washing the plates, bowls and cutlery with tea. Then Kitty ordered a huge buffet of various typical Dim sum food. Chicken legs, pigs skin & blood, egg tarts, prawns and rice - quite delicious, although difficult for a clumsy westerner like me to eat. In the end I gave up on the chop sticks and used a knife and fork. I know - shame on me! The chinese like eating the meat closest to the bone, as that's the most tender. Although nothing like the 'chinese' meals you'll get back home, I loved it. Now I'll just have to learn some Cantonese so I can actually order it. 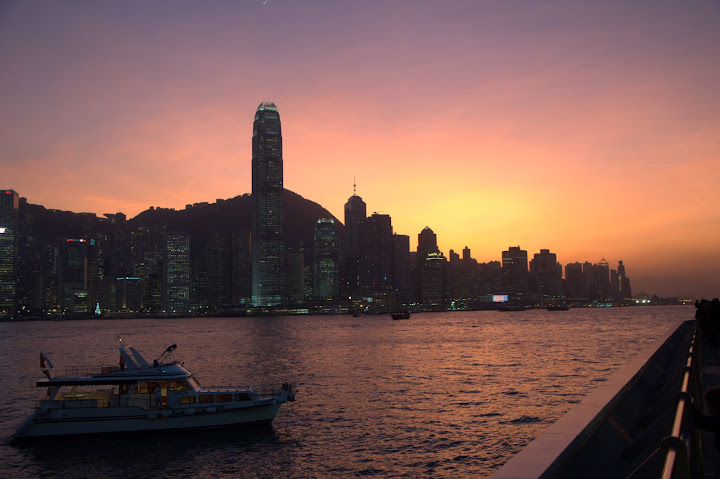 However, sadly it was time to move on again; to my next stop in Singapore, where the adventure continues. I'd just like to end this piece by saying thanks again to Alice, Flora and Kitty who really made my trip to Hong Kong. Hope to see you soon!